Podcast: Episode 28 – Why Asking for Help is a Sign of Strength with Lisa Gust 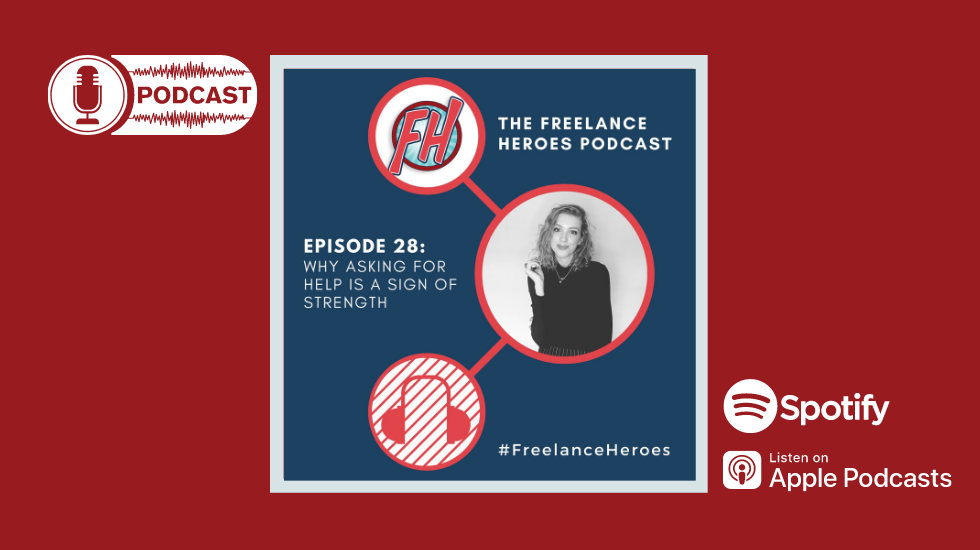 In November this year, Lisa Gust, a Manchester-based freelance translator, copywriter, and teacher of German as a foreign language, wrote this post in the Freelance Heroes community:

“Hello Heroes, this is not a post I would usually put out but here goes nothing. 2020 has been one of, if not the, most difficult year I’ve ever had, as I’m sure is the case for many of you too. But apart from existential dread, my income going down steadily, to a point where I didn’t even make enough to cover rent and bills, and feeling like the weight of the world and everything that’s wrong with it is crushing my shoulders – the one thing I found the hardest to deal with, by far, is the overwhelming loneliness.

I don’t have any self-employed friends. And as much as they try to say the right thing, it’s just not the same as turning to the people who just get it. Who knows what it’s like to be freelance and the ups and downs it comes with – generally, but especially in the sh*tshow that is 2020. It’s also that none of them have been impacted whatsoever; it’s all going swimmingly, if anything, they’re better off financially now.

I feel extremely isolated from everyone, physically and emotionally. My natural reaction to times of crisis is to shut myself off and deal with everything on my own, but I feel like I’ve reached a point now where I’m about to break under the pressure.

I’m not even so sure where I’m going with this post, but if there’s a community to turn to, it’s the Freelance Heroes. Any words of encouragement or wisdom would be much appreciated. Thanks, Heroes.”

As you’ll hear in this episode, Lisa is not one to ask for help often, let alone share her feelings as much as she did here. Why now? What was it about her current situation that made her feel that this was the right time? What impact did it have on her and her business? Would she do it again?

These questions and more (plus a couple of interruptions from DPD and Hermes) are answered in this episode.

Originally from Germany, Lisa been living and working in the UK since 2016 and self-employed since 2017. You can find her on her website or over on Twitter. If you’re in the market to learn some German, head on over to German Easily Explained.

You can also listen on:

And don’t forget to listen to our other podcast episodes!