Podcast: Episode 40 – Solo: How to Work Alone (and Not Lose Your Mind) – with Rebecca Seal 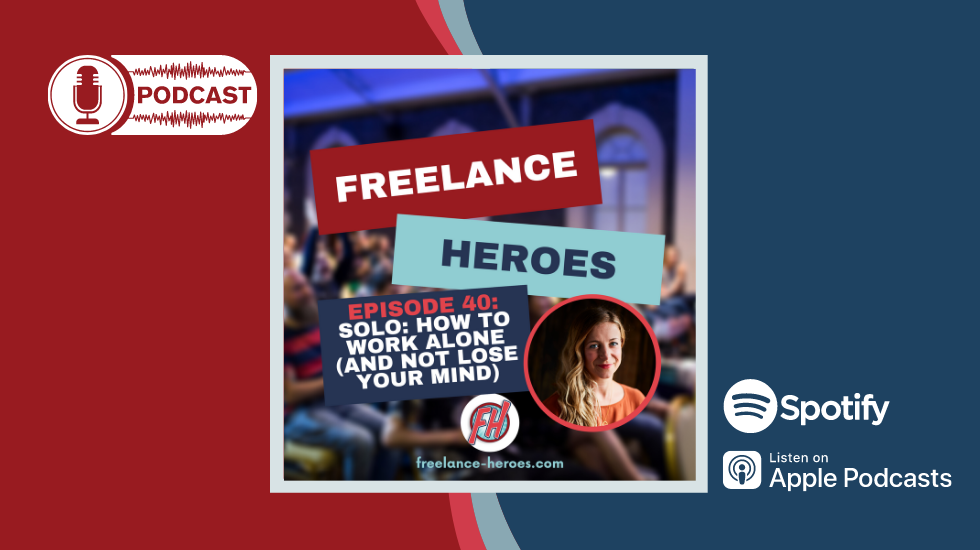 If you have ever worked for a bigger business, you will be aware of the experience of immediately slotting into a structure of work that was in place before we arrived. The hours, the tools, the environment, etc., have already been set. We just need to learn what they are so we can do the job on day one. However, when you started, did you think about the structure and processes you need for your business to function? Rebecca Seal didn’t and didn’t know a single solo worker who did.

In September 2020, Rebecca published “Solo”, which addresses what we gain but also miss when we shift from the structure of an office environment to the solitary confines of our homes or studios. It’s a fantastic book full of the stories we will all recognise in ourselves as freelancers.

In this episode, Rebecca shares some of those stories and talks about why she wrote the book, what she learned about herself as a freelancer while writing it, and how she sees freelancing evolving in the coming years.

Rebecca is an award-winning food, drink, lifestyle, and personal development writer, based in London. She also runs a photography studio, Kemble House.

She has been freelancing for over 10 years and, in an attempt to help other solo workers navigate, survive and thrive in the strange world of working alone, wrote Solo: How To Work Alone (And Not Lose Your Mind. It’s an evidence-based book, pulling on behavioural science, organisation psychology, and economics. The book includes interviews from TED talkers, other solo workers, and many, many academics who specialise in work and well-being.

As well as all this, Rebecca has also written eight cookbooks, many of which have been published in different languages. Her journalism is published worldwide in broadsheet newspapers and magazines, and she regularly appears on UK television and radio, as well as podcasts and in short documentary films.

Visit her websites at https://www.howtoworkalone.com and https://www.rebeccaseal.co.uk. You can also connect with Rebecca on Twitter, Linkedin, and Instagram.