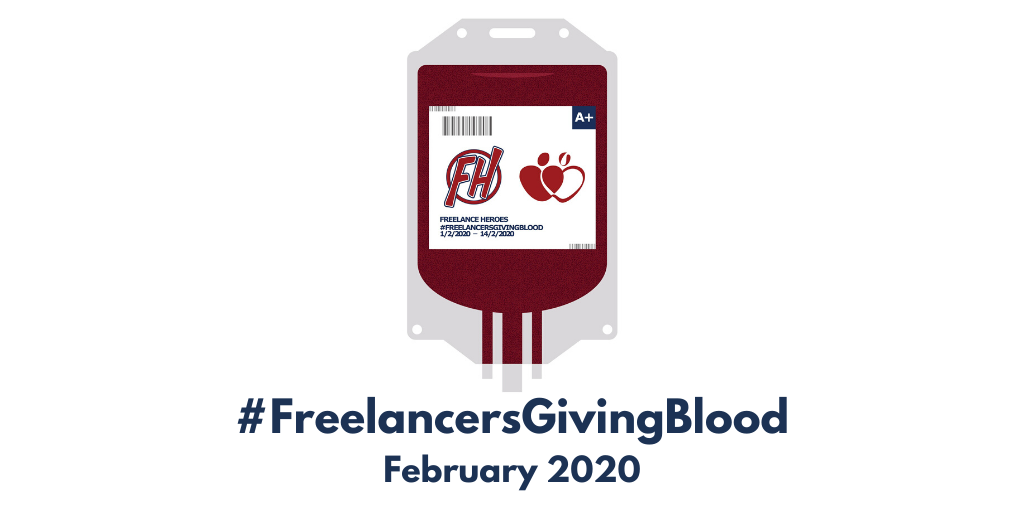 The Freelance Heroes community is running a fortnight-long Freelancers Giving Blood campaign encouraging the self-employed to give blood.

Freelance Heroes began life in 2016 as a Facebook Group that now has over 8500 freelancers in its membership from across the UK.

It is hoped that at least 2000 freelancers will sign up to the campaign and donate via the NHS Blood & Transplant Service. Although, as there are over 2 million freelancers in the UK, it’s hope this campaign will inspire even more.

Launching the campaign, Freelance Heroes co-founder Ed Goodman said, “I often get asked by people to donate to one charity or another, but freelancers aren’t always in a position to donate money.”

“We do all have blood though, which is why I want to encourage all who can to donate. And what do super heroes do? Save lives. So it fits with Freelance Heroes as well.”

There are 3 steps for the campaign:

Step 1: Visit blood.co.uk and register to become a blood donor (if you haven’t already). Then book an appointment with your nearest donor centre, for your next available date?

Step 2: Visit http://bit.do/freelancersgivingblood to record when and where your appointment is. (No personal details are taken. This is purely to allow us to record the success of this campaign)

Step 3: Spread the word. Use the #FreelancersGivingBlood hashtag, take a selfie, tell your story, but please shout about steps 1 and 2 with as many of your freelancing peers as you can.

Anyone may need a blood transfusion at some point. Accidents, routine operations and long-term health conditions all call for donated blood, and freelancers, just like anyone else, are affected.

“A blood test showed I was anaemic,” she says. “My haemoglobin levels were so low I was told that if I hadn’t come in when I did I wouldn’t have been around much longer!

“I had to have a six pint blood transfusion with a five-day hospital stay.”

Copywriter Hollie Sherrington was born with congenital hip dysplasia and her left hip was badly deformed.

“I’ve had 3 major operations and several surgical procedures to correct it as best they could, so I’ve had more blood transfusions than I can remember,” she says.

“Because of this, I’m unable to give blood myself, which is why it’s so vital that those who can, do! It’s not too bad now, but I am probably looking at a hip replacement in the future.”

Ed Goodman also has personal reasons to be thankful to blood donors. “When my youngest was born, my wife needed a blood transfusion following the complicated birth,” he says.

“I dread to think what would have happened to her and our family if the blood wasn’t available.”

According to blood.co.uk, 130,000 new donors are needed every year to replace those who can no longer donate – around 4000 a week.

“We hope an many freelance heroes as possible will sign up to become real-life heroes and give blood in support of the campaign,” says Ed.

“It’s quick, simple and pain free, and there are usually biscuits available afterwards, which most freelancers will find hard to resist.”

Email [email protected] with any questions or for more on this campaign.